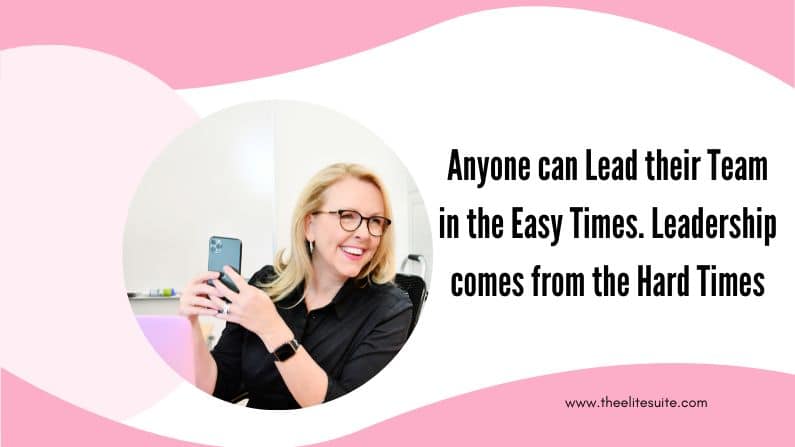 Lots of companies are going through changes. Mergers or acquisition, policy changes, system upgrades, inventory/shipping changes, quality control changes… if you haven’t been through a major change in your brand, you haven’t been around long enough.  Leadership

The world changes at such a fast pace. From 2020 to present day has been one change after another. Your team members each have their own struggles, and that effects their businesses. And while you can’t be there for everything, and you can’t run their businesses for them, but you can give them support in times of need. An ear to bend when they’re feeling frustrated, a game plan, and a place to start when they’re so overwhelmed they don’t know where to start.

Changes can come from the platforms that we’re all on. When Facebook changes something and nothing works like its supposed too, giving your team a heads up, or making sure to share any information you’ve come across from other places on the internet. That can be so valuable to someone that cannot figure out why this thing won’t work like it did yesterday.

And those changes can change within your company. Your company could merge, or close their doors with a moments notice. There are two different kinds of leaders in these times. One that stays silent and disappears when times get hard, leaving their teams to start rumors and gossip. The other leader is the leader that shows up for the team and says “I don’t have any answers right now, but as soon as I do I will tell you.” The leader that continues to show up, even when hard times comes, their teams know that the leader has their back.

Anyone can be Captain when the seas are calm. True leadership is revealed during the storm. Take the wheel and steer your ship and crew to shore, and that is how you’ll earn their respect and loyalty.